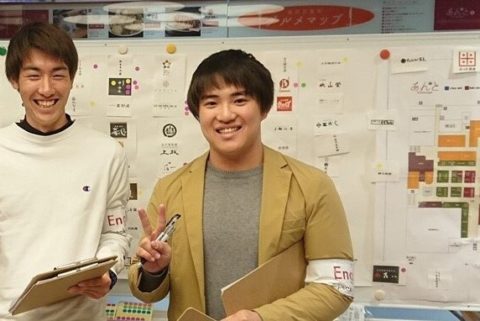 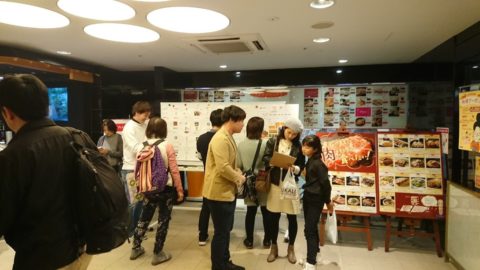 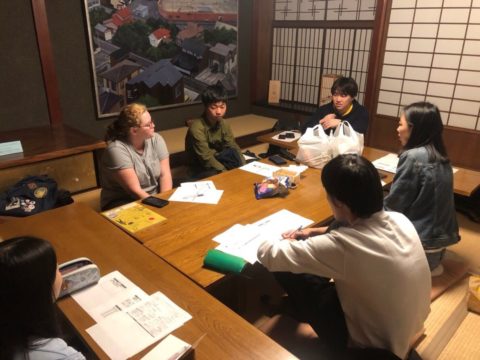 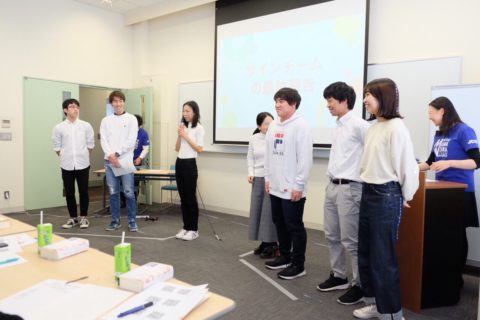 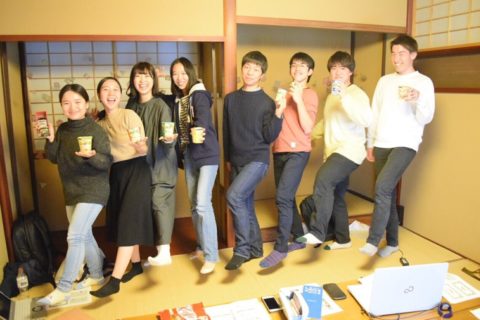 ICT's mission is to foster global innovators to create a better future. Today, I met a student who participated in a program to support his region and utilize his English skills. Department of Global Information and Management 4th year student Soichi Kida participated in the KANAZAWA INBOUND PROJECT hosted by Junior Chamber International KANAZAWA (JCI).

―Please tell me about the "KANAZAWA INBOUND PROJECT" that you participated in.

It's a project to improve the approach toward international tourist at Kanazawa station. Many students participated, not only from ICT, but also Kanazawa Institute of Technology, Kanazawa University, Seiryo University, Hokuriku University, and Ishikawa Prefectural University.

―When did you participate in this program?

It began in September of last year. The final presentation was in November. So, it was about two months long.

―How did you learn about this program?

One of my classmates showed my a flyer. I was interested because it was a chance to meet students from other schools and practice my English.

We were divided into four teams and had to produce ideas to make a more global Kanazawa station. I was assigned to the sign team. Our team's job was to design a useful sign or direction board for international tourists. We gathered twice a week to work on our ideas. We also went to Kanazawa station for field research. Our first goal was the mid-term presentations.

―What kind to research did you do at Kanazawa station?

We talked to many tourists, both Japanese and foreign. Our first idea was to create some sort of English direction board for international tourists, but the foreigners we talked to actually didn't have any problems with the current signs in the station. Also, we learned that Japanese tourists want information about recommendations by the local people the most.

―Interesting. What did you team do?

The first idea that we proposed at the mid-term presentations was a Kagayuzen designed footprint shaped sign to paste on the floor of Kanazawa station. However, this idea was rejected due to cost issues. Our next idea was a meeting area where Japanese and International tourists can write the places they liked on sticky notes and paste them on a display board. We actually tested this idea in Kanazawa station. We asked about 200 people if they wanted such a meeting area and 80% answered "yes".

―Tourists naturally gather at stations so it sounds perfect! A quick change of subject. Where did your team gather?

We used the Kanazawa Student Community Civic Center. It's a large traditional Japanese house with a big tatami room. We usually gathered around 6 pm after school and worked until 10 pm. This was something we discovered from the field research, but tourists naturally gather around large maps. Also, local people have recommendations that the want to share with the tourists. We agreed that a meeting area could benefit both sides.

―Sounds like a great idea. How did it turn out?

The final mission was to present our idea to the executive people of Kanazawa station, so we worked on our presentation. I was very nervous during the presentation and we sadly didn't win first prize. That went to the restaurant team, who designed a useful menu for foreigners.

―I guess you can't have everything. What are your overall feelings about the program?

It was a great growing experience! Our team leader was Chinese and there were other foreign members, so I had many opportunities to act as a translator and practice my English. I also took on the role of sub-leader and had many jobs such as setting up, creating powerpoints, and team schedule management. At ICT, there are only engineer students. However, this team had students from different backgrounds such as management and agriculture. It was interesting to organize everyone's ideas.

―If you had another chance at this program, what would you do differently?

Sometimes there are shops with QR codes that you can scan and show the details on your smart phone. I wish we could have added this to our idea. For example, being able to actually make a reservation through the QR code. Sadly, we did not have enough time.

―Has this experience has changed the way you think in any way?

I learned that the things people assume people want and things people actually want are not always the same. I would go as far to say that the are most likely not the same. Many of the things that tourists really want, we discovered only by actually asking people in the field research. I believe that to truly understand people's needs, it is necessary to actually ask people like we did in the interviews and not assume them on our own.

―Thank you for your time! Is there anything you would like to add before we finish?

I reinforced my belief that English is one of the most useful tools one can have. It helped me communicate with my teammates and my experience studying abroad boosted my confidence. (Soichi studied in New Zealand for one year) Also, there were a surprising number of French tourists, so I want to work on my French skills as well. Thank you!